Once upon a time, there was an astrologer in Akbar’s Kingdom. He was very vain and always bragged to everyone about his accurate predictions. He used to say that there was no other astrologer in the world who was as great as he was.

The royal astrologer heard his bragging and wanted Akbar to punish him. He told the King about the astrologer and all the bragging that he was doing.

King Akbar called the astrologer to court. He wanted to test the accuracy of his predictions.

King Akbar said, “I have heard that you predict very accurately. Everyone says that you are the best astrologer in the world and that you can see the future”

The astrologer was very happy to stand in front of the great King Akbar. At the same time, he was filled with a great fear as he knew that he was a liar. He could only bow and not even a single word came out of his mouth. He kept bowing with his hands folded.

Akbar asked, “My great astrologer, I shall give you a big reward if you are able to answer only one simple question. If you answer incorrectly, you are a liar and have lied to the King. I will have you executed. Tell me, when will you die?”

The astrologer was shaking with fear. He did not know what to say. He thought for a moment and then said, “My great King, I will have to check the stars and the charts to see it correctly. Can I give you my answer tomorrow?”

The Emperor agreed and sent him off. The astrologer went to Birbal for help and told him the whole story. Birbal scolded him at first for lying and told him never to lie again. 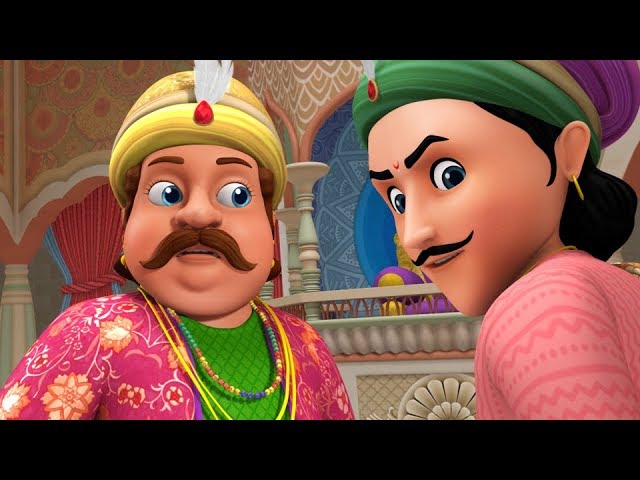 He then whispered a brilliant answer to the astrologer. He told the astrologer what to say in front of the King so that he could escape his death.

The astrologer returned to the court the next day and told the king, “I will die exactly three days before you, my King.”

Also the King did not want to know the time of his death so he could not ask the astrologer about the exact day. So King Akbar thanked the astrologer and gave him a bag of 100 gold coins and let him go.