One day the royal sage was having a long discussion with the King in front of the court. The sage was very famous and the king respected him a lot. He bowed down to the King at the end of the conversation and a small copper coin fell down from his pocket and rolled away.

The sage was very poor and this was all the money that he had. Every coin that he the king had given to him, he had given away to the poor people in the Kingdom. He immediately bent down and started to search for the coin. All the courtiers except Birbal began to laugh.

A courtier said, “Your Majesty, look at the sage. Did you see what a miser he is? You have given him so many expensive gifts and thousands of coins to him. Still he is after a copper coin.”

The Sage became very sad and bowed down. He was about to apologize when Birbal started to speak. Birbal knew the sage well and he knew that the sage would not reply back. 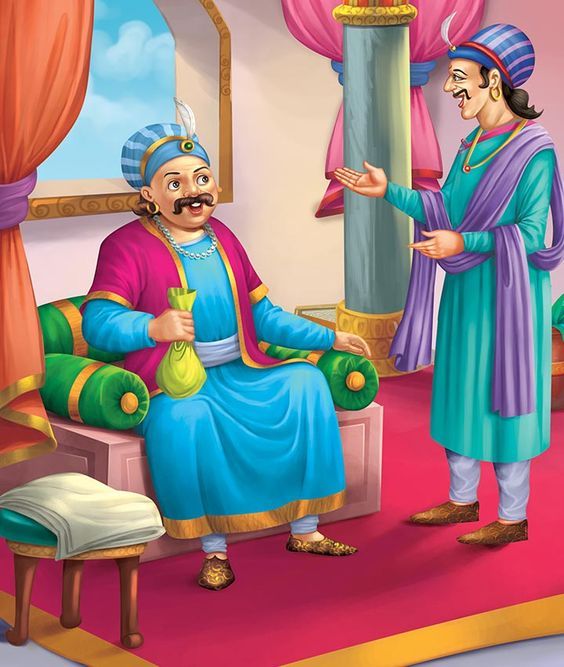 Birbal said, “The courtier is mistaken, My King! The sage is not looking for the tiny coin because he is a miser. The sage is looking for the coin only because one side of that coin bears your face. He does not want anyone to accidentally step on it.”

Akbar was very pleased to hear Birbal’s reply that he gave a hundred gold coins to the Sage.