On day King Akbar was having dinner with a guest. The guest was drinking her soup when she suddenly screamed.

Emperor Akbar got so displeased that he shouted at a guard, “Who is the cook who made this soup? Bring me his head in a plate by tomorrow morning”.

The guard was terrified to hear the Emperor’s orders. It was a simple mistake. The cook was such a nice person and he did not deserve to die for such a small act.

The guard went to Birbal and pleaded with him to save the cook’s life. Birbal was a very clever man. He quickly thought of a clever plan and told the guard not to kill the cook. Birbal assured him that he would save the cook. 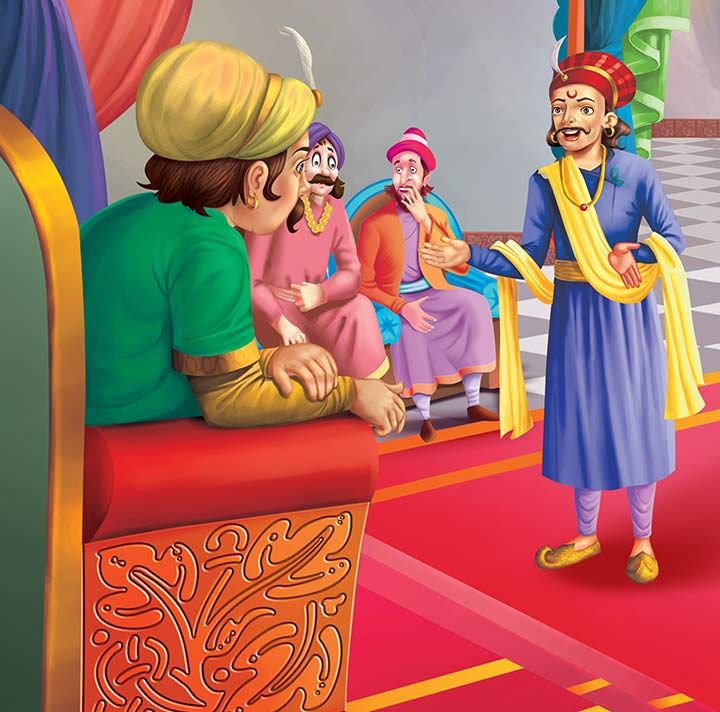 He asked the Birbal angrily, “I ordered you to kill the cook. Why is he still alive?”

Birbal said, “My King, he was making breakfast and lunch for you and your family as he has done so for the past 10 years.”

Akbar realized what he had done was wrong. The guest was angrily staring at Akbar. Birbal saw the angry guest and started speaking.

Birbal said politely, “You have asked the guard yesterday to bring the head of the cook on a plate. As promised, I shall put his head on a plate.”

Birbal put a plate on the floor and the cook put his head down on the plate. Everyone in the court started laughing. Even the guest and King Akbar laughed loudly.

Akbar was so pleased with Birbal’s defense that he spared the cook’s life.