Once upon a time, a very rich man had invited Birbal to his home for dinner. Birbal arrived at the man’s house in the evening and was surprised to see that there were 8 other people. He did not know any of the eight people.

Birbal said, “Oh. I did not know that you had invited so many guests.”

The man said, “They are not my guests but my employees. However I wish to pose you a riddle.”

Birbal was always interested in solving riddles and agreed. Birbal asked “What is the riddle?”

The man said, “One of these eight people is another guest who is not my employee. Can you guess who it is?” 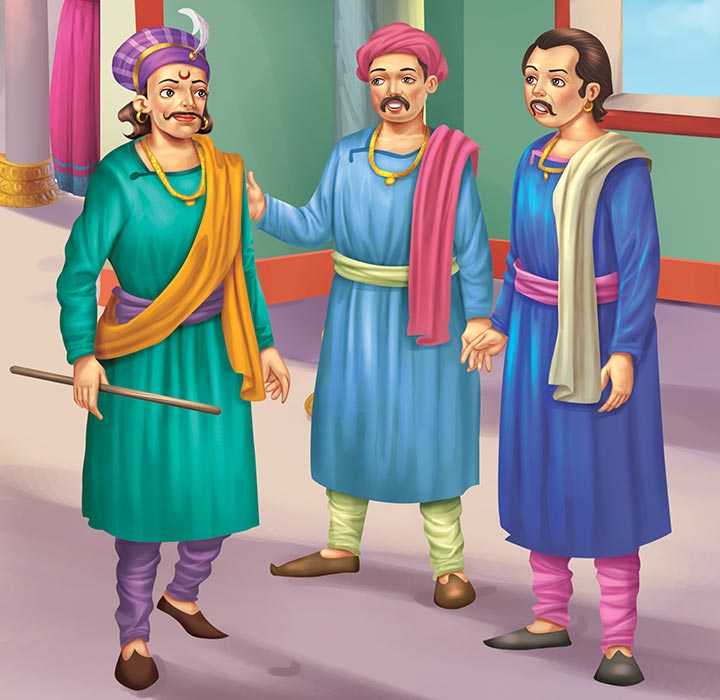 Birbal said, “That is an interesting riddle. Can you please tell them a joke? I will find and tell you who the guest is.”

The man told a joke to the entire group. It was not a funny joke but all the guests in the house burst into laughter.

Birbal pointed towards a man in a yellow tunic and said, “That man over there is the other guest”

The host was amazed. He said. “Yes! That is correct! But how did you guess it?”

Birbal said, “The joke which you just said was not so funny. Still, everyone laughed and reacted as if it was such an excellent joke. This is because they are your employees. But the guest only smiled since he is not obligated to you. That is how I could identify him.”