Once upon a time, King Akbar was taking a walk in his garden with his wife and his guests. He tripped on a rock which was sticking out of the soil in the garden. King Akbar felt very embarrassed. How can a king stumble before his guests? He grew very angry.

He ordered his guards, “The gardener is a very foolish man and needs to be punished. If he had removed this rock, then I would not have tripped. Throw him in jail. He shall be hanged tomorrow.”

The guards took away the poor gardener to Jail. Birbal came to know about the incident in the evening and he went to visit the Gardener. He whispered something into the Gardener’s ear and went back to his room. 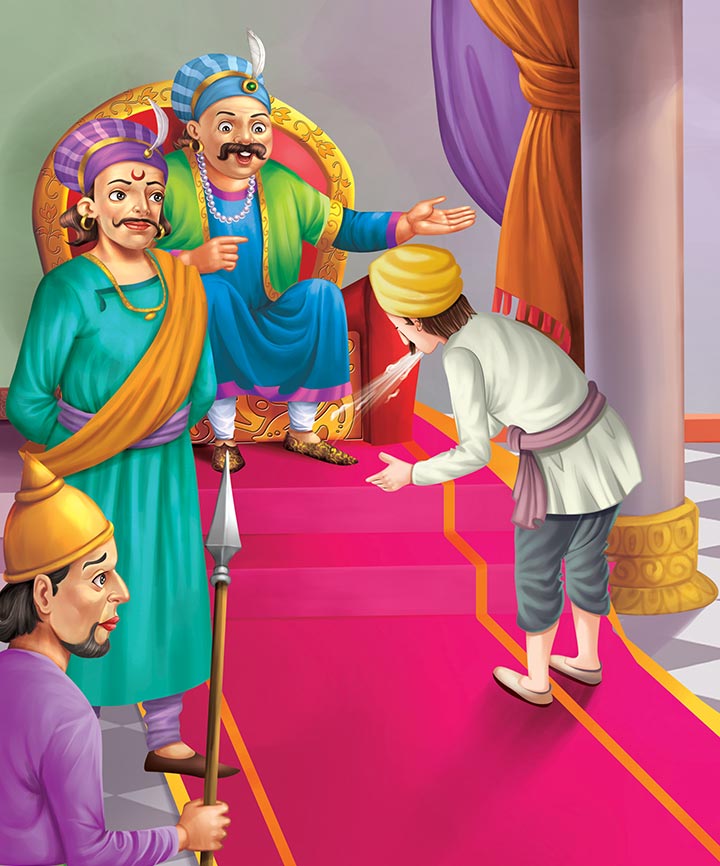 The next day the Gardener was asked, “Do you have any last wishes?”

The Gardener said, “I wish to see King Akbar one last time before I die. He is my King and I love him very much.”

The guards informed the King about the request and the King agreed. The Gardner was brought before King Akbar.

King Akbar asked, “I have granted your last wish. You wanted to see me. Do you have any last words?”

The gardener did not speak any word but spat at the feet of Akbar. King Akbar became extremely angry.

Akbar screamed at the Gardener, “How dare you spit at the King! What is the meaning of this?”

The Gardener turned white and began to cry loudly. He fell at his feet.

Birbal said, “My King, the gardener is a very loyal man and worships you. He was feeling very sad that his great king did not have a good enough reason to hang him.. He felt that your decision will be criticized by the people. Therefore, he decided to give you a grave reason to hang him. Now you can hang him and the people will be happy”

Akbar understood what Birbal meant and pardoned the gardener. He also gave 10 gold coins to the Gardener as a reward.