Once upon a time, King Akbar was walking around the palace garden with Birbal. Birbal was famous for being very clever and Akbar always kept testing him.

King Akbar saw a crow and thought, “Let me test the wit of Birbal. I will give him a question which is impossible to solve.” 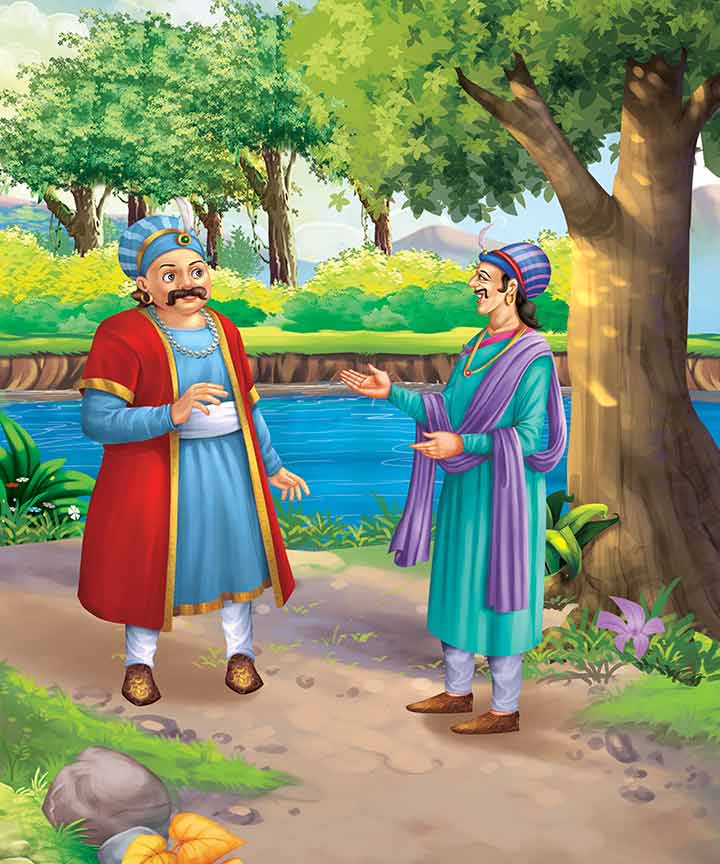 King Akbar said to Birbal, “Dear Birbal, how many crows are there in our kingdom?”

Birbal thought for a moment and then said, “My king, there are eighty thousand nine hundred and ninety three crows in the kingdom.”

King Akbar was surprised and amazed to hear the answer. He wanted to know how Birbal was giving him such a number without counting.

King Akbar said, “How can you say so surely? What if there are more crows than that?”

Birbal said, “Then there are crows from other cities which have come here to visit their relatives and friends.”

King Akbar laughed and asked, “Fine. What if there are lesser crows than that?”

Birbal said, “Then crows from our Kingdom have gone to other cities to visit their relatives and friends.”

Akbar was very happy with the response and gave him 100 gold coins for his wit and intellect.

Moral: There is always a solution if one thinks creatively.