Once upon a time, King Akbar and his favourite minister Birbal were riding through the countryside. The countryside was filled with farms. They passed by a cabbage patch.

Akbar really loved cabbages. He said, “Cabbage is such a tasty vegetable. I love cabbage very much. I can eat nothing but cabbage day and night forever. What about you Birbal?”

Birbal said, “You are right sir. I love cabbage too. The cabbage is the king of vegetables. If my King agrees, I shall ask the cook to make you a cabbage soup every day.” 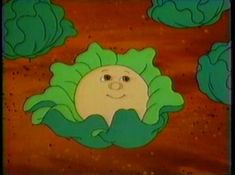 A few weeks later King Akbar and Birbal went riding through the countryside again. They went past the cabbage patch again.

This time however the King had grown tired of cabbages. The King made a face when he saw the vegetables.

“I used to love cabbage but now I have no taste for it. It is not a tasty vegetable” said Akbar.

Birbal said, “You are correct, my King. The cabbage is a tasteless vegetable.”

The emperor was astonished. He remembered Birbal saying that he loved cabbages as well.

Akbar frowned and said, “The last time I asked you the same question, you said it was the king of vegetables! Why do you change your words?”