One day, Tenali Raman was on his way to a temple in Tirupati. The temple was three days away and he had to cross a large forest to reach the temple.

On the way, a traveler saw Tenali Raman and stopped him.

The man said, “I am Ram Kumar. I am on my way to the temple in Tirupati. If you are going in the same route, can we please go together? I have heard that there are many thieves in the route. We can beat them if we are together.”

Tenali Raman was short and weak but he was very intelligent. The other man was large and looked very strong. Tenali immediately knew that the man was the thief. He agreed to walk along with him to Tirupati.

They stopped at a small hut to sleep in the night. Tenali Raman paid for the lodging with a copper coin. At midnight, the thief woke up and saw that Tenali Raman was fast asleep. 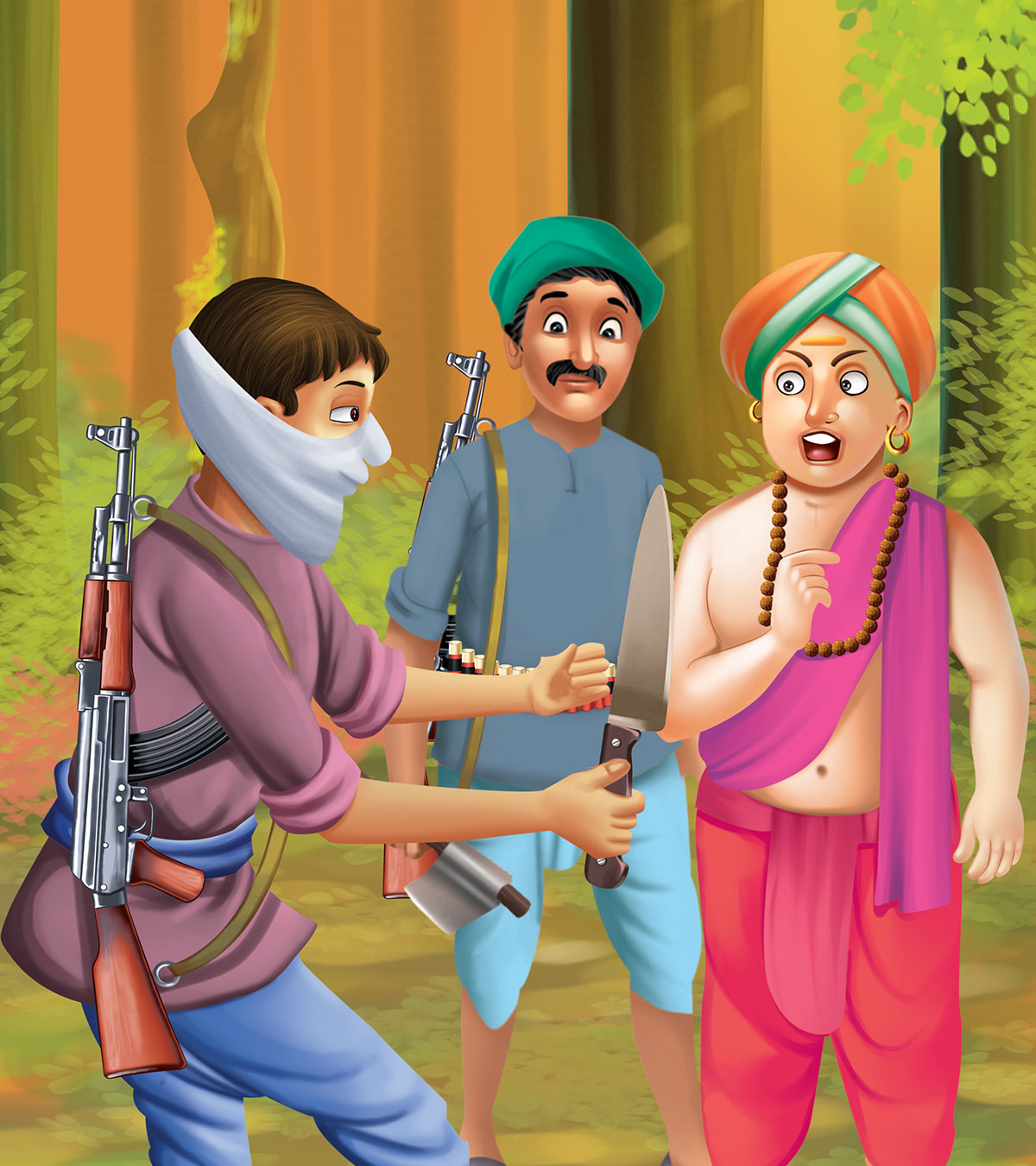 The thief was very disappointed. He was sure that Tenali Raman had money since he had paid for the lodging with a copper coin.

The next morning, the two woke up and started walking towards Tirupati. They again stopped at a second hut to sleep for the night. Tenali Raman paid for the lodging with a copper coin. At midnight, the thief carefully woke up and saw that Tenali Raman was asleep and snoring.

The thief carefully checked all the bags of Tenali Raman. He even carefully removed the pillow and checked it fully. There were no coins anywhere. The thief was very disappointed again.

The next day they both woke up and reached Tirupati. Tenali Raman had a bag of money in his hand. The thief told Tenali, “I do not know if you knew who I was. I am a famous thief and this is the first time I have failed. You are the smartest traveler I have met. Please tell me where you hid the money.”

Tenali Raman smiled and said, “I knew you were a thief since the first day. I hid the money in the only place you would never look.”

The thief said, “But where did you hide it? I looked everywhere for the money!”

Tenali Raman said, “Did you look under your pillow?”

The thief was confused and said, “I checked under your pillow. Why should I search under my pillow?”

Tenali Raman said, “I kept my money under your pillow since I was very sure that you would never search there.”