One night, King Krishnadevaraya was fast asleep. He had a strange and wonderful dream. He dreamt that he was living in a magnificent palace.

The palace had every comfort the king could imagine. The palace was lit by a thousand stars that floated around the castle. In the night, the stars would disappear and the palace would also disappear into the darkness.

The next day when the king woke up, he remembered the dream very well. He decided that the palace must be built and that he must live in the palace.

In the court, King Krishnadevaraya told all his courtiers about his dream. He explained the full palace in detail to the courtiers. Then the king made a public announcement.

The King said, “I will give one hundred thousand gold coins to the person who can build me this palace.”

But no one had the courage to say the truth to the King. Many of the king’s friends told him that it was impossible. The King refused to listen to anyone and threatened his courtiers. He said that he would punish the courtiers if the palace was not finished by summer.

The courtiers were very afraid and approached Tenali Raman for help.

The ministers said, “Dear Tenali, please make the King understand that it is impossible to build a magical palace” 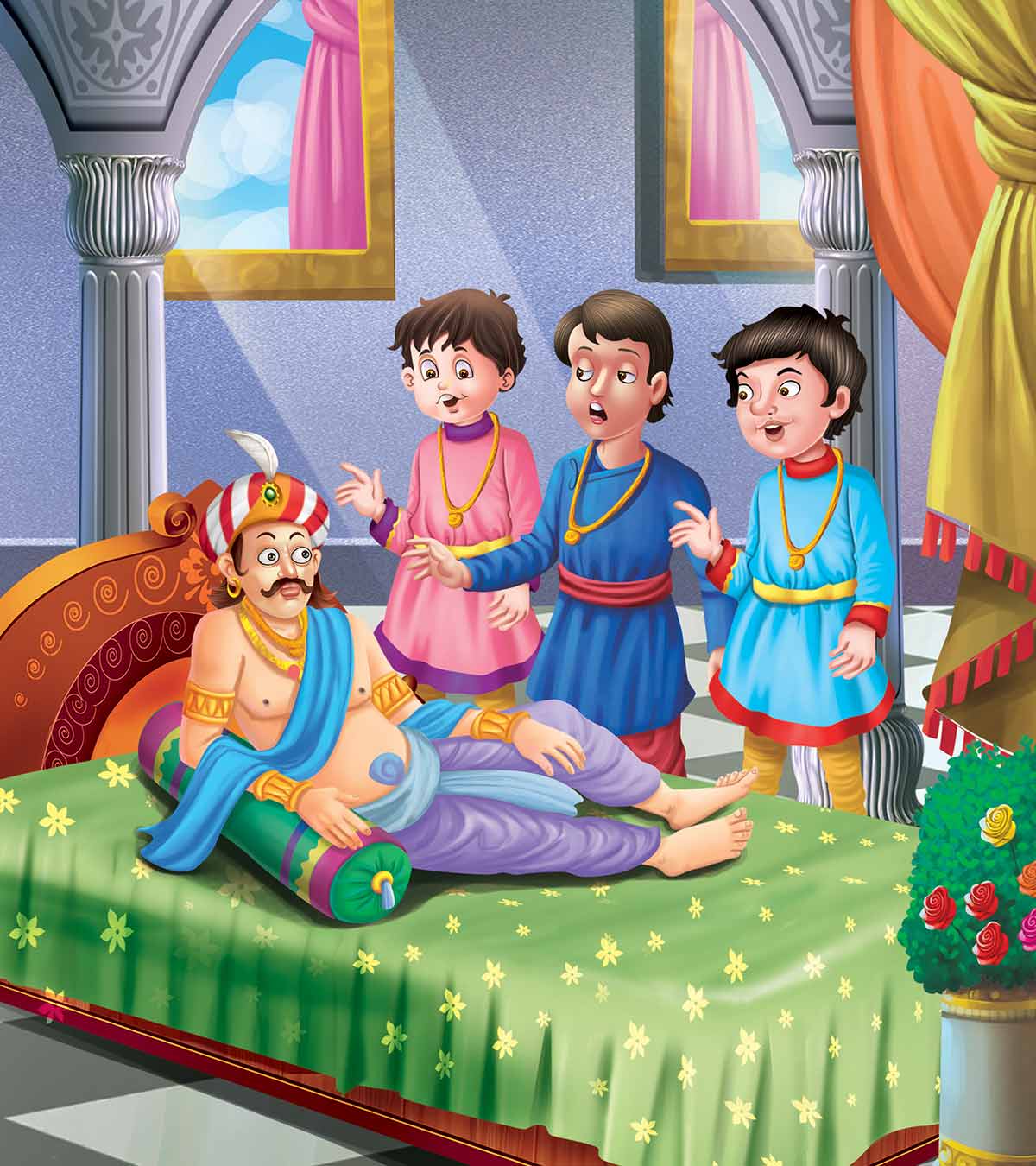 Tenali Raman promised them that he would take care of the problem. A few days later, a very old man came to meet the king in his court. The old man was crying for justice.

King Krishnadevaraya asked, “What brings you here? Tell me and justice will be done.”

The old man said, “I have been robbed, my King,” cried the old man. “Someone has taken away all my savings. Now I don’t have a single paisa left.”

“Who robbed you?” asked the king angrily. “You name him and I will have him hanged immediately!”

The old man said, “I will tell you but first promise me that you will not get angry and punish me instead.”

“I promise you. Tell me his name”, said the King.

The King became very angry but he had promised the old man that he would not punish him. He asked that the old man to explain.

The old man said, “Last night, I had a dream. You came in the middle of the night and stole all my savings. Five hundred gold coins!”

The King said, “Are you a fool? A dream is different from real life? Dreams are not true!”

The old man replied, “My King, if your dream of a floating palace can come true, why can’t my dream come true?”

The old man took off his white beard and white hair. It was Tenali Raman!

Tenali Raman bowed before the king and said, “My King, this was the only way of convince you that building the palace is impossible since it is just a dream.”