One day, a great sage visited Tenali Raman’s village. He looked at Tenali Raman and said, “You are Tenali Raman. I can see into your future. You shall become a great poet and everyone in the Kingdom shall know your name.”

The sage told him, “Tenali, I will teach you an ancient prayer. You must recite this for 1008 times in the goddess Kali temple. The temple is located on the top of a mountain. Then the great Goddess herself will appear in front of you and grant your wish.”

Tenali Raman believed in the sage and climbed the great mountain. He reached the temple after 7 days and sat in front of the idol. He recited the prayer for 1008 times. After some time, he heard a voice calling him, “Rama, Rama.”

Tenali Raman opened his eyes, and in front of him was the great Goddess Kali. She had 1000 heads and 1000 arms! Each arm had a different weapon. She looked very scary. Tenali Raman began to laugh uncontrollably. 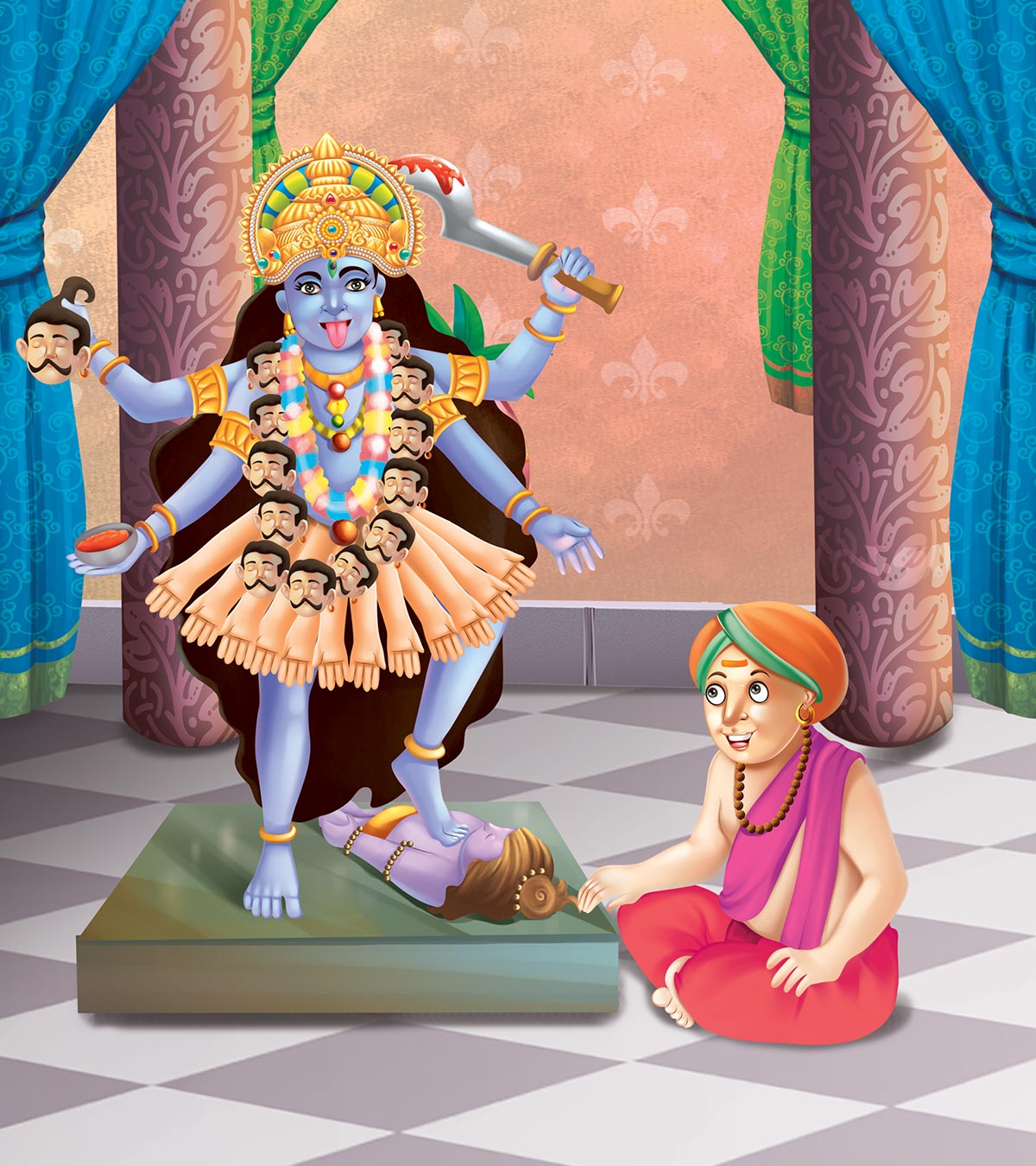 The goddess became confused. Everyone would be terrified to watch her. She asked, “Why are you laughing, Tenali? What is so funny? Do you not find me scary?”

Ramakrishna apologized and said, “My great Goddess, I was thinking about what would happen if you catch a cold. I imagined you sneezing with all your thousand noses and then using your thousand hands to wipe your faces.”

Goddess Kali laughed at his joke and said, “Tenali Raman, I like your sense of humour. I will give you a choice. I have two bowls in my hand, one contains the sweetest milk. If you drink it, you will acquire great knowledge about this world. The second bowl contains the sweetest curd. If you drink the curd, it would give you great wealth. You can choose only one bowl. Think carefully and pick one.”

Tenali Raman stayed silent and then replied, “Kali Ma, can I taste both before drinking them? I like curd and I like milk.”

The Goddess became very angry and said, “Tenali Raman! Why did you drink from both the bowls?”

Goddess Kali laughed loudly. She was very impressed with Tenali Raman’s intelligence and blessed him, saying, “You will become a great poet and will be known for your intelligence.”