One day, a famous pundit came to the King’s court. He was well learned and wanted to pose a challenge to the courtiers of the king.

He said, “My King, I have heard that you have very wise ministers in your court. I would like to test the wisdom of your ministers.”

The King became very interested and said, “My dear pundit, my ministers are the smartest in the world. Please go ahead.”

The pundit said, “These dolls look very similar but are very different in one way. If your ministers can find out the difference and the true meaning of the dolls, I will agree that they are the wisest. But if they cannot find the difference, then there are no wise ministers in your court. I will be back in one week.”

The king asked all of his ministers to assemble. He gave them the three dolls and told them to find the difference in them in three days’ time.

But at the end of the sixth day, none of the ministers could figure out the difference. The king got worried and asked Tenali Raman, “Tenali, no one has been able to find the answer. It is up to you now. Find the difference between these dolls.”

Tenali said to the King, “Please give me the dolls and I shall take them home. I promise you that I will find the difference.”

Tenali looked at the dolls for hours and finally he laughed loudly. He found out the difference between the three dolls. He went to the court with the three dolls on the seventh day.

Tenali Raman announced in front of the whole court and to the Pundit that he had found the difference between the dolls.

Tenali Raman said, “Thank you Punditji for such a beautiful question. These three dolls are different because one of them is good, one average and one bad.” 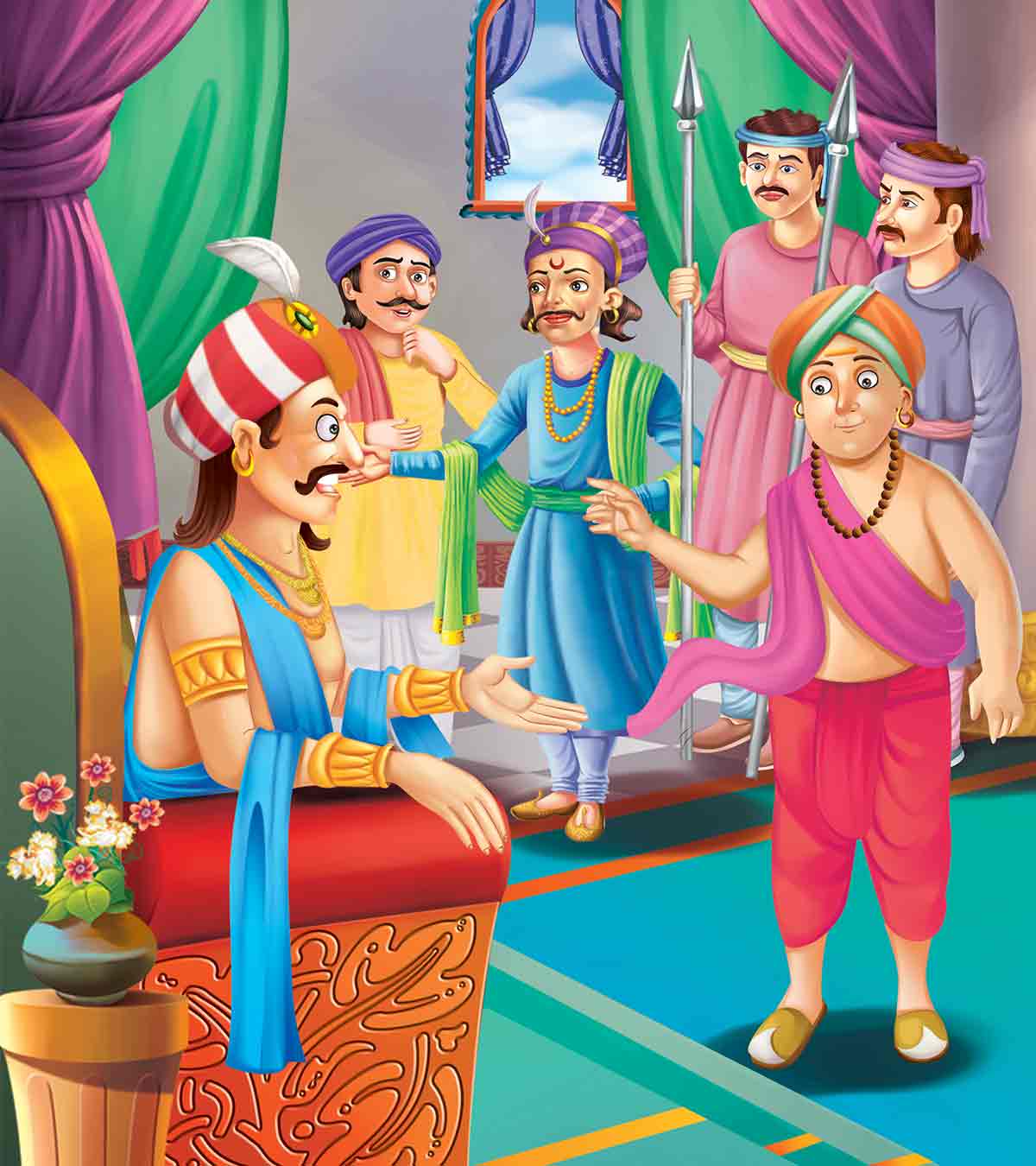 The Pundit smiled and asked, “Which doll is which?”

Tenali Raman showed a tiny hole in the ears of each of the dolls. He took a very thin wire and put it in the hole of the first doll’s ear. The wire came out from the doll’s mouth.

He put the wire into the ear of the second doll and the wire came out from the doll’s other ear. In the third doll, the wire went to the heart and did not come out.

Tenali Raman explained, “In the first doll, the wire went through the ear. The wire came out through the mouth of the doll. This doll is bad as it represents people who cannot keep a secret.

The pundit smiled and nodded. Tenali Raman continued, “In the second doll, the wire went through one ear and came out of the other ear. This represents people who do not understand what is said to them.”

The pundit smiled and nodded. Tenali Raman continued, “The third doll, the wire went through one ear and did not come out at all. This represents good people who will keep the secret that you tell them.”

The pundit asked if there was any other meaning to the dolls.