Once, a great pundit from a foreign country visited King Krishnadevaraya’s court. He was a very learned man and he had knowledge of all subjects and was an expert in every field.

He challenged the King, “I will have a debate with all of your wise ministers. I will show that I am the true master of all the subjects. Let them choose any subject they want and I will defeat them.”

The king accepted the challenge as he was very confident in his ministers. The pundit had a long debate with all the learned men in the kingdom on various subjects.

At first, the ministers covered physics and chemistry and they could not win. Then the ministers covered mathematics and finance and the pundit won again. They covered every possible occupation and even history but the king’s ministers failed miserably. Finally, the king summoned his wisest minister, Tenali Raman.

Tenali took a small bundle from his home and made it look like a book was inside. He then went to court and announced, “I am ready to argue against the pundit. My topic would be based on the great book ‘Thilakashta Mahisha Bandhanam.’” 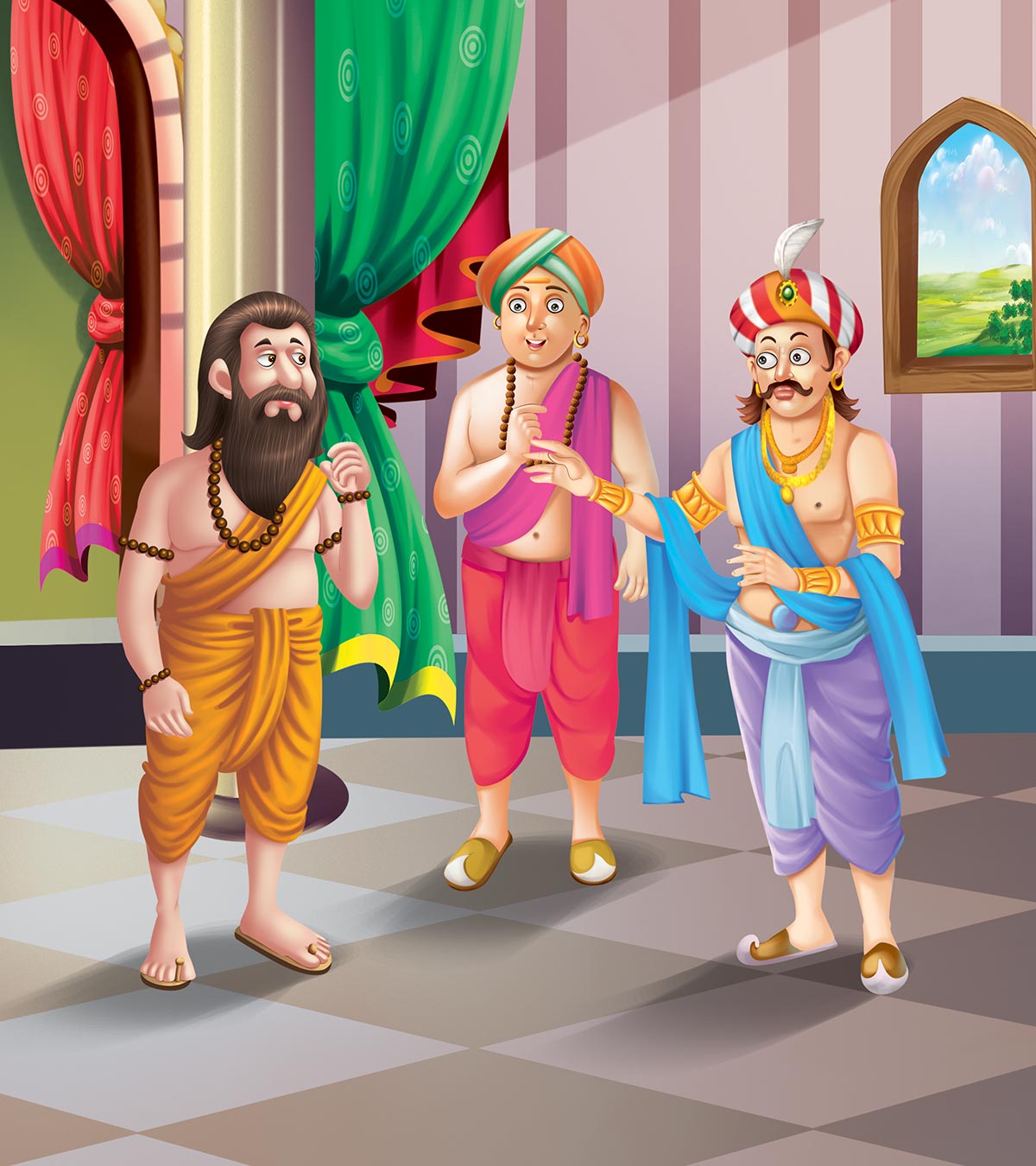 The great pundit was stunned. He had never heard of any such a book. He asked the king to give him one night’s time to prepare for the argument. The King agreed.

The pundit did not sleep in the night. He had never lost before and he could not lose the next day. So the pundit took all his things and left the city before sunrise.

He left a note for the King saying, “My dear King, I am sorry that I left before the debate. I have never heard of the great book and I am ashamed to face Tenali Raman.”

The king was also a learned man wanted to read the great book that Tenali had mentioned. He asked Tenali Raman about it.

Tenali laughed and replied, “My King, there is no book called ‘Thilakashta Mahisha Bandhanam’. Inside the bundle, there is a grain called as Til. In Sanskrit, this grain is called Thila. The bundle has some sheep dung which in Sanskrit is known as Kashta. These were tied by a rope made of buffalo’s hide which is called Mahisha. Bandhanam is the Sanskrit word for ‘tying’.”

Thus, Tenali Raman tricked the pundit into surrendering the debate. The king was very happy that Tenali Raman had defeated the Pundit and awarded him 100 gold coins.